The United Nations has defined 17 urgent goals for humanity. The GlobalGood community supports these initiatives with our time, talents, and resources. We invite you to join us.

The 2030 Agenda for Sustainable Development, adopted by all United Nations Member States in 2015, provides a shared blueprint for peace and prosperity for people and the planet, now and into the future. At its heart are the 17 Sustainable Development Goals (SDGs), which are an urgent call for action by all countries – developed and developing – in a global partnership. They recognize that ending poverty and other deprivations must go hand-in-hand with strategies that improve health and education, reduce inequality, and spur economic growth – all while tackling climate change and working to preserve our oceans and forests.

The SDGs build on decades of work by countries and the UN, including the UN Department of Economic and Social Affairs

In June 1992, at the Earth Summit in Rio de Janeiro, Brazil, more than 178 countries adopted Agenda 21, a comprehensive plan of action to build a global partnership for sustainable development to improve human lives and protect the environment.

Member States unanimously adopted the Millennium Declaration at the Millennium Summit in September 2000 at UN Headquarters in New York. The Summit led to the elaboration of eight Millennium Development Goals (MDGs) to reduce extreme poverty by 2015.

At the United Nations Conference on Sustainable Development (Rio+20) in Rio de Janeiro, Brazil, in June 2012, Member States adopted the outcome document “The Future We Want” in which they decided, inter alia, to launch a process to develop a set of SDGs to build upon the MDGs and to establish the UN High-level Political Forum on Sustainable Development. The Rio +20 outcome also contained other measures for implementing sustainable development, including mandates for future programmes of work in development financing, small island developing states and more.

In 2013, the General Assembly set up a 30-member Open Working Group to develop a proposal on the SDGs. 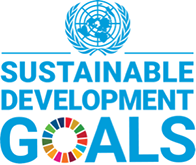 2015 was a landmark year for multilateralism and international policy shaping, with the adoption of several major agreements:

Today, the Division for Sustainable Development Goals (DSDG) in the United Nations Department of Economic and Social Affairs (UNDESA) provides substantive support and capacity-building for the SDGs and their related thematic issues, including water, energy, climate, oceans, urbanization, transport, science and technology, the Global Sustainable Development Report (GSDR), partnerships and Small Island Developing States. DSDG plays a key role in the evaluation of UN system-wide implementation of the 2030 Agenda. In order to make the 2030 Agenda a reality, broad ownership of the SDGs must translate into a strong commitment by all stakeholders to implement the global goals. Global Good aims to help facilitate this engagement.